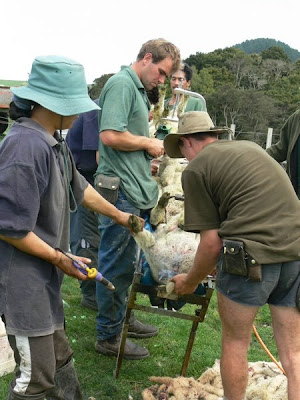 These procedures have been carried out for centuries, castration to reduce the number of males on the farm, and docking tails to avoid the growth of dags that attract blowflies. So the term “docking” for both these operations, done at the same time.

Both involve animal welfare issues as they are done by farmers (and not by veterinarians), and no anaesthetics are used 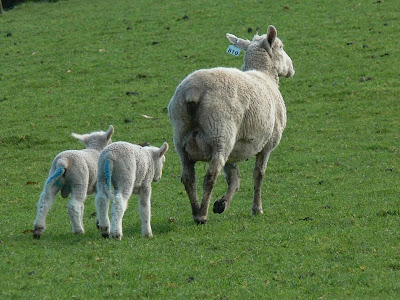 Two nicely docked lambs. Tails will drop off in about 10 days. They are marked on the tail to help check on mothering up
Knife

Tail docking
At what age?

What length to leave the dock? 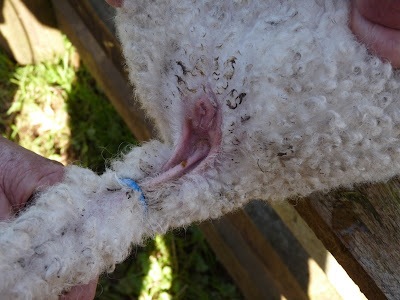 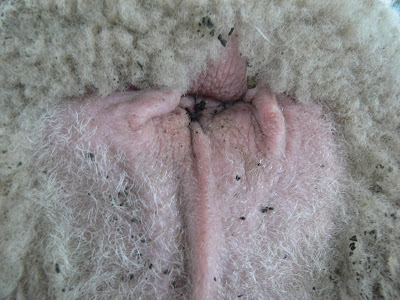 This ram's tail dock is far too short, and you can see
the damage done to the tail ligaments. The
MAF Sheep Code of Welfare has been ignored
Methods Rubber rings
Cauterisation
Knife
General comments on docking 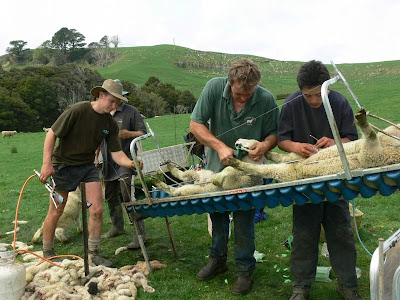