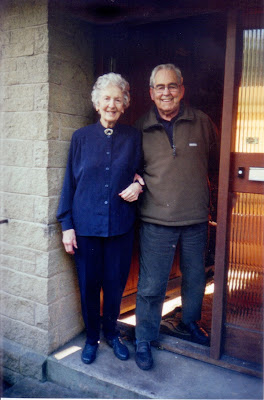 Robert and his wife Angela moved into Redesmouth farm, near Bellingham around 1950. After Robert had done his military service he gained farm experience near Prendwick before taking over at Redesmouth farm, which his father Colonel Allen from Haydon Bridge owned and had rented out to Harry Alder and family for many years.

Robert didn’t have much time for poetry when farming at Redesmouth, which he and Angela did till their retirement when they moved into Bellingham to a new house built in the field belonging to the Church of England – hence the name “The Glebe”.
Both Robert and Angela gave much to the community and were greatly respected.

In retirement, Robert was able to concentrate on putting his poems on paper and producing voice tapes for sale. The book “Canny bit verse” is the printed version of these tapes. Robert won many prizes at the Morpeth Gathering, the proceedings of which were published in “Northumbriana”.

Robert’s poems are in what I’d describe as “polite Northumbrian”. Robert was adamant that this was the “true Northumbrian” which he had learned at the knee of the lady (who he was very proud of) and who looked after him as a bairn. Well clearly she worked for the family so talked her best Northumbrian, which I described it as “Big Hoose terk” rather than “Village taalk”. We once debated this in “Northumbriana” magazine (ISBN 0306-4809) I remember.

Robert’s Northumbrian was the sort of dialect we used when “terkin te the vicar” or some of the “how’de ye doo ladies” in the village. You had to speak slowly in sentences with vowels and with clear enunciation – and it was spoken with a steady lilting pace and not garbled.

Thinking back, it was the Northumbrian of the “older generation” in my day, many of whom had been “in service” (domestic and agricultural) and hence made sure their children (my generation) “terked properly”. I can still hear my mother’s and aunt’s reprimands – “Don’t say Aye, say Yes”! 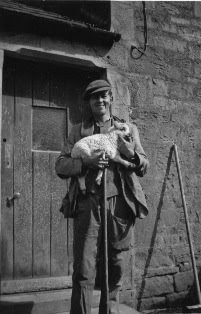 We had a totally different version among the village laddies. We never “terked” to anybody – we "aallways (never erlways) taalked".

Robert used to argue that this village "taalk” I referred to, had come from contamination by “Geordie” from Tyneside – which was always spoken in a fast merged garble, and you didn’t worry about sentences or grammar. Robert was probably right.

The classical Geordie test pieces were to be able to say and understand the meaning of - “Broonsaallroond”, “Hesanyonyaanyonya” or “Hoysahammerowerheorhinny”? 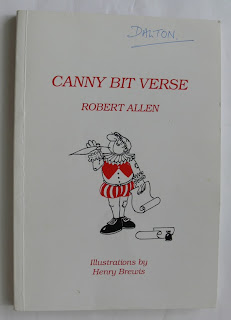 I worked as a “Daft Laddie” for Robert and Angela in 1951 before going to Kirkley Hall Farm Institute and it was a year, which brings back many happy memories of them both (now deceased).

I am very grateful to Nigel Hall for permission to reprint Robert’s poems - he holds the copyright, and you can contact him at nandg@mac.com. You may also contact the Northumbrian Language Society as a source (www.northumbriana.org.uk/langsoc/) of more of these brilliant works, and for recordings. 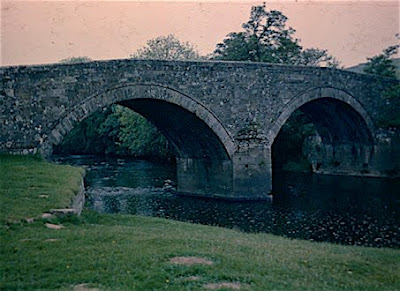 Redesmouth farm had land on the north side of the River Rede nearly up to the old Rede Bridge which carried the road from Bellingham up on to the A 68, across the Wannie line at what was referred to as 'Benson's Crossing' after the gatekeeper who was there for many years.

The bridge would most likely to have been built to carry the road across the Rede at a suitable crossing point as this would have been an important 'drove road' to move stock from the Tune valley down the A68 to Stagshaw and Corbridge. An old stone signpost further up from the bridge carried a 'C' for Corbridge to back this up.

The bridge's solid structure was probably to stand many floods which the Rede would have been prone to before the Catcleugh reservoir was constructed.

The bridge would have been made obsolete by the new viaduct bridge built lower down the river near Redesmouth village to carry the combined road and railway. This was completed in 1861 so the old bridge must have been built many years before that.

The old road soon grew over with grass and was always called 'the old green road'. It was always popular with walkers and car-bound courting couples who wanted to hide off the main road.

The hazard was getting stuck when it was wet. The old bridge was a popular Sunday walk and picnic spot for us Bellingham kids, as the river was shallow for safe 'plodging' and there were fresh-water oysters to be found just under the shaded arches.

A 'townie' once turned up at Redesmouth farm when I was Daft Laddie there, to report to Robert that he'd got stuck on the old green road and could someone help him. Robert asked me to take the David Brown tractor and give the bloke a tow out. Sounded a great idea to me as I could 'open up' the Davy in top gear along the main road, then down the green road to where the car had just slipped off the track heading down to the bridge. I soon had him out and returned to the farm with a pound note - which Robbie, the decent bloke that he was, insisted that I keep.